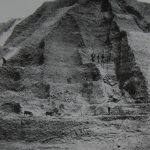 Guano is bird poo. More specifically, the poo of the sea birds which abound off the western coasts of the continent. The desert coasts of Peru host dozens of islands inhabited only by the Guanay cormorant, the Peruvian pelican and the Peruvian booby bird. Annual rainfall approaching zero means that when the birds have to go, it goes nowhere. Whole islands, over centuries, became encrusted with the stuff to the point where the sky line was tens of metres higher than the underlying rocks.

The locals had always known about the power of guano to fertilise their crops, but at the beginning of the 19th century European scientists noticed the constant shipments of the stuff into Peruvian ports. By this time there was Science, and Science agreed that guano was the best fertiliser money could buy. Tested in the fields of Europe, guano improved yields by a measurable amount, and a new gold rush began.

A pioneer in this trade was William Myers, a Liverpool merchant and ship owner. In 1839 her received a shipment of thirty bags, which was distributed to local farmers for testing. By 1841 commercial shipment had started, and by 1847 guano was Peru’s biggest export. Prices in Europe and North America were high, and the Peruvian government was deep in debt after its prolonged war for independence from Spain. Merchant ships began to arrive from all parts of the world. By the mid 1850s, Britain was importing 300,000 tons of guano annually. Up to 100 ships could be loading at any one time, with many more waiting in the roads off shore. Thousands of Chinese workers, little more than slaves, toiled ceaselessly mining the mountains and loading the ships.

Income from this trade amounted to almost $15,000,000 for the Peruvian government in 1860. So valuable was this natural resource that the United States had passed the Guano Islands Act, allowing them to annex any uninhabited islands for their own use

Whenever any citizen of the United States discovers a deposit of guano on any island, rock, or key, not within the lawful jurisdiction of any other Government, and not occupied by the citizens of any other Government, and takes peaceable possession thereof, and occupies the same, such island, rock, or key may, at the discretion of the President, be considered as appertaining to the United States.
— Section 1 of the Guano Islands Act 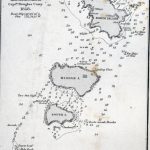 The Act led to a number of territorial disputes and threats to send in the gunboats, although shots were never actually exchanged. In April 1864 however, Spain – which still refused to recognise Peru’s independence after the war ended in 1824, landed 400 marines on the Chincha Islands, hoisted their flag and arrested the Governor. Peru was forced, under the terms of the treaty which returned the islands, to repay all of its debts to Spain. The economic boom they had enjoyed on the back of the profits from bird poo was over. Demand for guano remained high, but control of the resource fell into the hands of foreigners.

More Precious Than Gold: The Story of the Peruvian Guano Trade

A History of the Peruvian Guano Industry