James Harrison sailed for two voyages on the Prince Rupert, from 3 June 1893 – 7 December 1893 and 5 January 1894 – 31 May 1894. There were several ships with that name in the 1890s so I haven’t been able to trace her voyages yet, but we know from his application for a Master’s certificate that she was engaged in the foreign trade. Her entry in Lloyd’s register shows she ran aground and was wrecked a year after James left her. 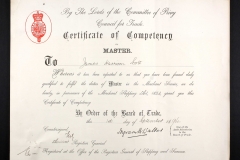 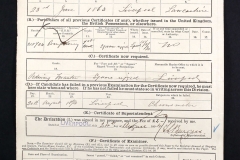 He failed his first attempt on 20th August on the Chronometer subject, but passed when he retook on 24th. At this time James and Maggie’s oldest child Lilian was around a year old, and nine months after passing the exam Henry Murdoch was born. Their address was still with Maggie’s parents at 2 Head Street. Her two younger sisters Eliza and Ada were probably also still at home.

I have no record of James being at sea after leaving Prince Rupert in May 1894. After Henry Murdoch (Harry) was born in May 1895, Maggie bore another child – Mabel. Poor little Mabel was born on 11th June 1896, but not baptised until 5th August 1897. Perhaps she was considered too poorly? Her father’s ship Glenlui left London on 23rd May 1897 and arrived at Adelaide 30th August. James wrote home in early September:

I dreamt about our little darling yesterday morning. I had her in my arms & she smiled at me like a little angel. I suppose it is all over now & God has taken her to himself again

Glenlui sailed from Adelaide for British Columbia, so it would be many months before he would get back to Liverpool. Mabel was buried, leaving Maggie to care for four year old Lilian and two year old Harry.

James would have returned to Liverpool some time in the spring or summer of 1898. In October he set off again, this time on the Wynnstay under Captain John McBryde. 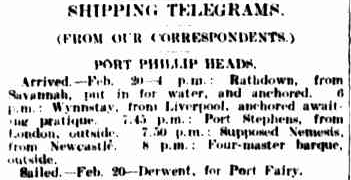 They arrived at Port Phillip Heads, Melbourne on 20th February 1899. ‘Pratique’ is permission given to bring a ship into port, providing her captain has assured the authorities that the ship is free from contagious disease. Permission granted, on 23rd February Wynnstay tied up alongside No. 6 Shed, Victoria Dock.

By 27th March the empty ship had moved to Williamstown Railway Pier for loading, and on 21st April she moved out into the bay to allow another vessel to take her place. Three days later they were under way, headed for England with 21,262 bags of Victoria wheat. This was a valuable cargo – if my calculations are correct, that quantity of wheat would have fetched £11,361 17s 1d at the time Wynnstay reached Falmouth in August 1899. It’s difficult to compare the value of money over 100 years ago, but various online calculators estimate this to be the equivalent of £1.4m today.

Capt McBryde was satisfied with James’ abilities as first mate 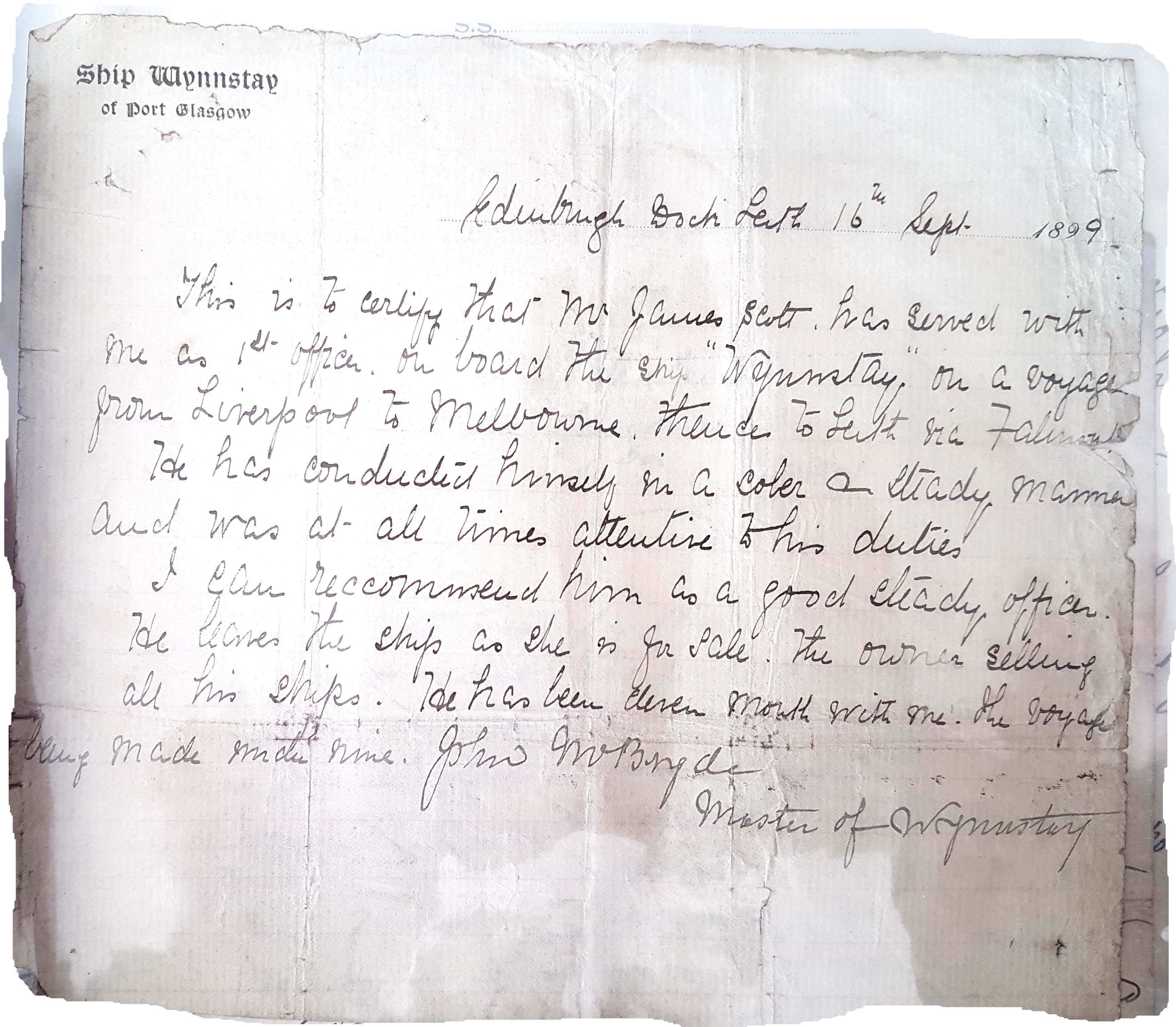