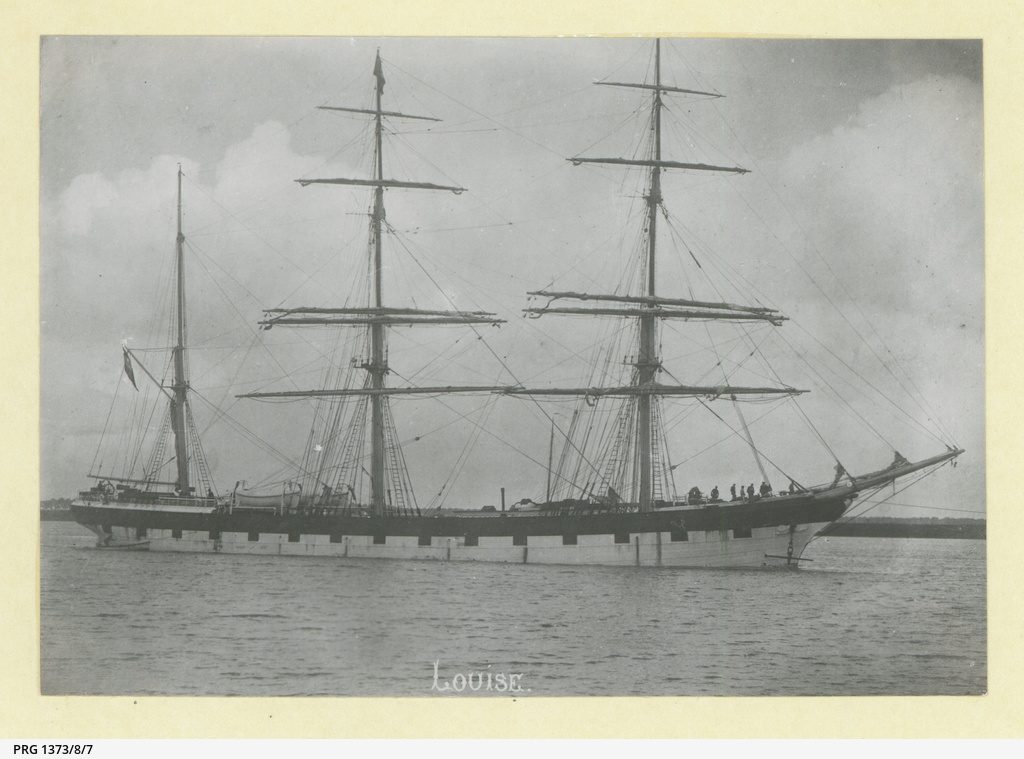 British Princess in about 1905, after she had been sold to German owners and renamed Louise.

Robert Crawford Scott sailed on British Princess 1895 – 1900. She was involved in a collision with the steamer Magnet which resulted in the loss of all of the Magnet‘s crew